since 2003, Screen Novelties has quietly become one of the most unique and inventive stop motion boutiques in Hollywood with minimal crew and lots of ideas and expertise. you are already probably familiar with the commercials and shorts on their reel -- they were also the animation directors on Robot Chicken and Moral Orel at one point. 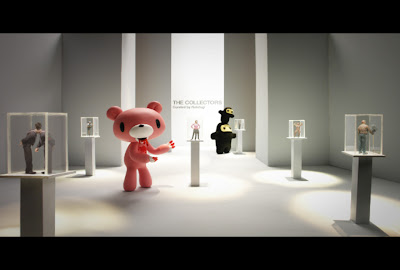 just this past Annie awards they were nominated for their Rotofugi spot. 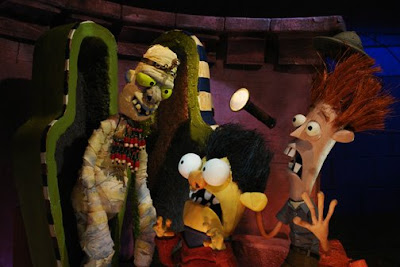 and the news that their short Monster Safari, originally pitched to networks for a TV show, was picked up by The Henson Company for feature film production, still in stop motion, and directed by the guys -- Mark Caballero, Seamus Walsh, and Chris Finnegan, was well publicized and well received by the film and animation community.

i was interested to check out some of their lesser known stuff (or at least spots i hadn't seem before). here's an advertisement for The Offspring's last album "Splinter" that's a collaboration between Tawd Dorenfeld and Screen Novelties:


and while i can't say i'm a fan of the music, the animation for The Junior Varsity music video of "The Sky!" is very energetic and impressive: 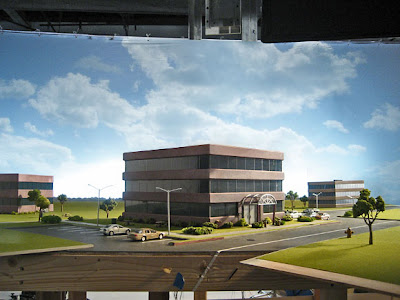 they also animated the logo at the end of this mostly CG/live-action spot for career builder that played during the Super Bowl in 2008:

Posted by Kevin Harman at 2:06 PM No comments: 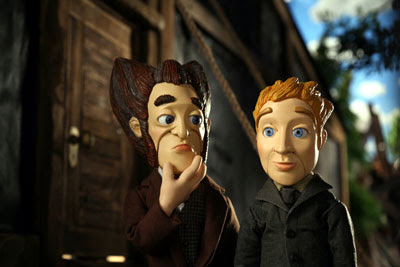 Stop motion features, in the history of animation, have been few and far between. Until very recently, you could count them on one hand. Maybe a foot too. However, in the past year or so, there seems to have been an explosion of stop motion animation -- independent stop motion feature animation at that. Adam Eliot's Mary & Max has been playing at festivals around the world, Tatia Rosenthal's $9.99 has been wowing audiences in theaters, and, of course, Henry Selick's Coraline made a respectable showing with a big push from Focus Features earlier this year. 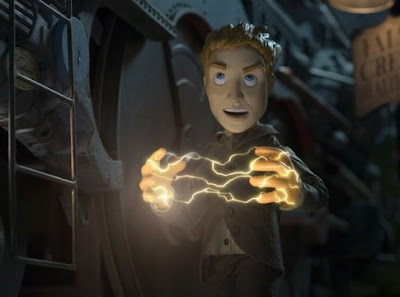 Now, we have Canada's first stop motion feature to look forward to -- Edison & Leo. The voice of Leo, Gregory Smith, explains the film as such: "It is about a character named George Edison, who is loosely based on Thomas Edison, and his relationship with his son, Leo. His son is accidentally electrocuted as a child so he son grows up as Electric Boy. He can't touch anyone without electrocuting them, and that is sort of the set up for these zany, crazy adventures that follow." 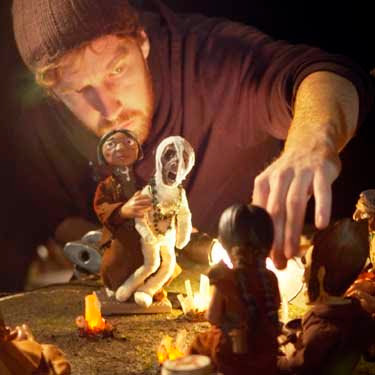 the animation released thus far looks beautiful. this clip seems to place the movie, perhaps surprisingly, in Disaster: The Movie type of territory in a way, but with much more mannered movements:

finally, Sylvie Trouve's animation reel is stunningly beautiful and contains a bit more animation from Edison & Leo with a character moment between the two leads:

Whistling is in Again!

i'm not a big fan of Flash-based limited animation, but here is, I think, an economic way to do an animated video without losing any concept or value in the process. its stylized and interesting -- even if the movements are heavily tweened in the computer.

Posted by Kevin Harman at 2:35 PM No comments: