I was worried that Phil Tippett's rekindled interest in his old stop motion film "Mad God" would go the way of so many other lost projects -- silently into the night. Luckily, it looks like he's more excited about it than ever. He's asking for donations to complete the project and offering up all kinds of goodies depending on the tier you're donating at. He's already got twice the amount he's asked for ($80K+ as of May 28th). Check out what they're offering here. There's a healthy dose of oddities and enthusiasm in their fundraising video, though some of it strays a little too close to the behind-the-scenes of Peter Jackson's King Kong stop motion recreation, saying "nobody does this anymore" in reference to stop motion. Of course, you know I disagree, but it is certainly a return to stop motion for Tippett after years of working in the computer generated effects industry. Check out the (for me, fun!) level of tedium they're getting into on the set:

They're certainly taking their time and I can't wait to see what they've got when it's all said and done.
Posted by Kevin Harman at 3:53 PM No comments: 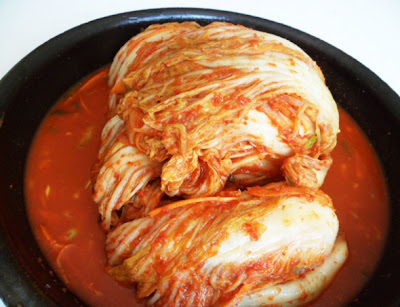 Kimchi, without a doubt, is one of my favorite foods. Imagine my surprise when I stumbled upon an animated SERIES about the health benefits of kimchi and the ancient war behind it. It's bizarre and feels almost like propaganda -- and the animation is a little more than rough, but its got a certain charm. Here's the first episode:

Posted by Kevin Harman at 1:57 PM No comments: