Born in Haifa, Israel in 1983, Adam Bizanski has already made a name for himself in the music video world by sculpting and creating worlds out of stop motion for some of the most popular indie bands of today. his award-winning 2005 video for The Shins' "Pink Bullets" put him on the international map:

"I didn't really have any expenses to speak of. The materials are really simple.
The figures are made of paper and wood and the background is a bulletin board
made of cork on which I scattered grass from models," Bizanski, 22, relates.
"But from my point of view, the hardest thing was the uncertainty about
whether the band would like the clip I made for it."

The Shins - Pink Bullets from Adam Bizanski on Vimeo.

i really like the simple and effective character design of the cows. they're endearing and sad at the same time. Adam's 2006 video for Wolf Parade's "Modern World" takes his style and goes a bit further. 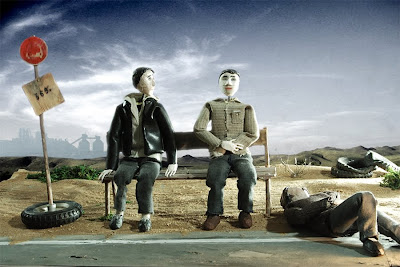 the replacement mouths really jump out at you, like at points in Coraline, but in here its really part of the whole design and style that Adam's set up. the undulation on the piano is one of my favorite parts. the eyes look like they're done in after effects, though I may be wrong. it took him about a month and a half to complete.

Critter Crunch...who says puzzle games have to look like crap? 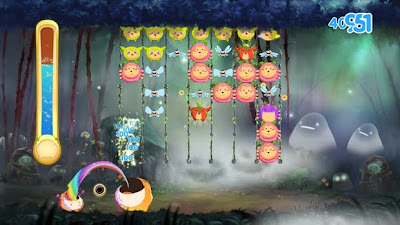 Toronto-based indie video game developer Capybara Games has been busy whipping up some amazing visuals for their primarily puzzle mini-games. originally, they were making these for downloadable content as well as for nintendo ds and iphones -- but they've ported their game "Critter Crunch" in all its full HD-glory to the Playstation 3. at $6.99, this game has made more of an impact than its $50+ bretheren with reviewers and gamers alike:

“You might not normally expect a lot of visual flair from a puzzle game, but Critter Crunch will ruin you on this. It sets a new standard for graphics in the genre and is simply one of the best looking games on PSN. Luckily, it also has the gameplay to back up the looks.” IGN

in addition to the fun though limited character animation, their backgrounds are really exquisite: 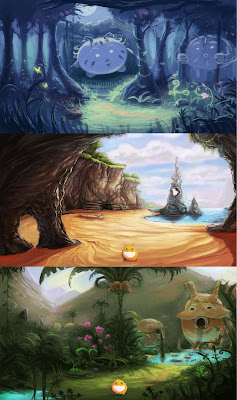 check out their official trailer here:

Critter Crunch - A BARF IN THE NIGHT - Launch Trailer! from Capy! on Vimeo.

Posted by Kevin Harman at 4:43 PM No comments: 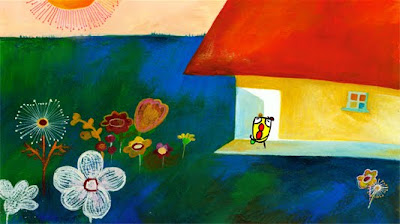 i'm currently trying to storyboard some new film ideas for my 2nd year film (though i'm still in the laborious process of completing that darned first year film that seems to get longer and longer). last year at PROM, perhaps my favorite 2nd year film was that of classmate Sijia Luo. its a beautifully designed and animated short that follows a young kid explaining exactly why he was late to the teacher. the backgrounds were done in gouache and i believe the animation was done in Flash. 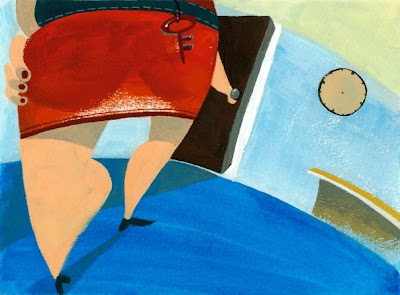 i can't wait to see what she does this year! enjoy.

Posted by Kevin Harman at 11:14 PM No comments: