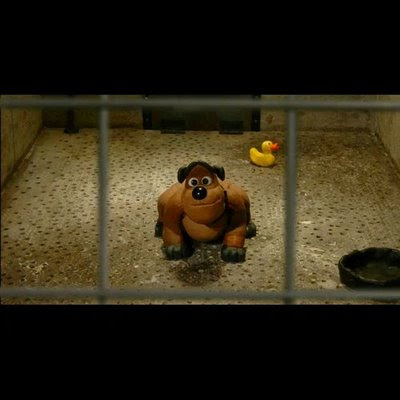 firstly, let me send out my hearty congratulations to Justin and Shel Rasch, who I believe are 5 for 5 in film festival awards. their film, Gerald's Last Day, has been enthusiastically received by the animation community as well as the the film community in general now. after the festival news comes the momentous announcement that their short film will be played on Delta Airlines flights to 10s of 1000s of passengers! and with that, comes (albeit) a limited engagement on Delta's website, that i strongly encourage you check out. its stunningly crafted and animated, with a pretty touching and, at times sad story to boot. the orchestral score is also quite impressive for an independently animated short stop motion film.

and on a completely different note, i've been checking out the state of webcomics on my free time. some are good, some are bad -- some are overly complicated with plot and dialogue, some are almost too simplistic in a New Yorker type of sense. one that seems to hit a few good notes every once in a while is Toothpaste For Dinner. here's a few of the simple and subversive panels i've enjoyed: