my blog plus garfield

so perhaps one of the most unique cartoonist achievements of recent memory has been the removing of garfield from his own comic strip. the idea had been floating around on message boards for a while and 32 year old Irishman Dan Walsh decided to dedicate a blog to jon's existential angst.

instead of suing him, Jim Davis has embraced the phenomenon and even got in on the fun himself with a book on it. the book has side by side comparisons of the original strip and the new, garfield-less one. admittedly, this sounds less fun. you can find all the new adventures here.

here's an oldie but a goodie

Len Janson and Chuck Menville made and starred in a series of pixilation films in the late sixties and the early seventies. what strikes me about them today is not only the amount of work that must have gone into them -- but that they move the camera so darn much -- and without (unintended) disorientation. the soundtracks add a lot to the films as well. here's their first and also Academy Award nominated driver's training film:

Stop, Look and Listen (1967)
they also made a western, Blaze Glory, in 1968 and a film about a mountie called Sgt. Swell of the Mounties in 1972 before moving on to a more traditional animated career. Len became a producer and writer for a diverse array of shows including Tarzan, Lord of the Jungle, Shazam!, Smurfs, Star Trek: The Animated Series, and Tiny Toon Adventures. Chuck managed to work on much of the same stuff as well as getting nominated for an Emmy (along with Len) for "My Smurfy Valentine." 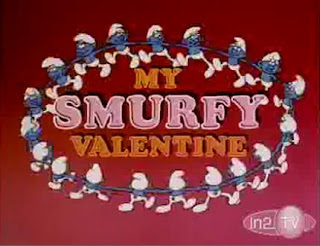 here's a more recent version of the same concept, except this time with a Mario Kart twist

my classmates at UCSB Michael Figge and Jess Riegel made this in 2007 for a class that solicited viral videos about Harley Davidson. my favorite animation is the part with the thwomp. you can find more of Jess' stuff here. he's particularly fond of unicycles and bananas.
Posted by Kevin Harman at 11:19 AM