Gerald's First Day (On My Blog)

so this looks amazing:

Justin and Shel Rasch are a husband and wife animation team that I really adore. they share their projects frequently on their blog, Stop MOTION Mission. apparently, this was their first try at stop-motion, though they've been doing animation for a while (Justin's a computer game animator by day). 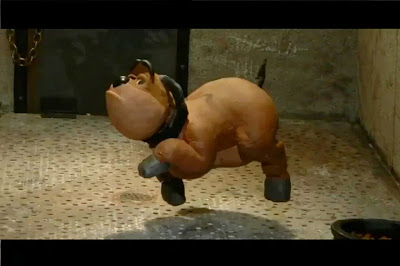 its a 12-minute film that's just starting the festival circuit. it already has a rave review. its very hard to get pathos in stop-motion (or is it just not tried very much?) -- Moral Orel did it recently with Nature Pts. 1 & 2 as well as most of the 3rd season and More was a pretty affecting piece of IMAX stop-motion though. what's impressive, here, is that its all done on their free time, for the most part. they weren't getting paid to do what looks like quite a professional piece of work.

according to an interview with Anim8 Stop Motion, they're currently developing a 45-minute stop motion animation as well as a dream feature stop-motion project in the future.
Posted by Kevin Harman at 3:05 PM