This Way Up, Smith & Foulkes!

the directing team of Alan Smith and Adam Foulkes (or Smith & Foulkes, as they prefer to be credited) of Nexus Productions is responsible for the final short animation nominated for an oscar: "This Way Up." i think you'll agree after watching some of their work -- its very kinetic, bouncy, and just plain alive. graduating from the Royal College of Art in 1997, they made an immediate splash in the advertising arena by hooking up with Nexus.

this high profile spoof they did for Coca-Cola of the Grand Theft Auto genre of games comes across pretty damn well -- its a spot on spoof and makes a case for Coca-Cola solving the world's problems as they always do...its fun, trust me. 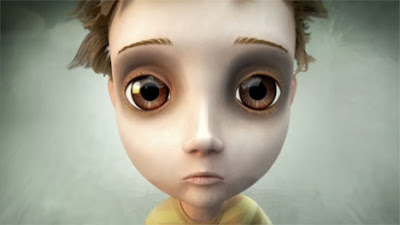 just recently, they made an advert for British television on road safety for children -- its hauntingly effective.

the directors on the commercial: “We wanted these commercials to act as a pause in a child’s TV viewing, holding the gaze of the immobile injured characters almost painfully long as a contrast to the hi-energy multi-coloured frenzy of your average childrenʼs programming break.”

they don't just do computer animation either -- here's a stop motion intro they did for an animation film festival involving many, many boxes:

more technical information behind the video:
“Smith & Foulkes used a Canon Digital SLR camera linked up to a laptop allowing them to capture frames and play them back checking the shots as they went along. By shooting digitally Smith & Foulkes ended up with a much larger image size to work with when compared with the normal 35mm motion picture frame. These frames were then taken into After Effects and Photoshop for a clean-up where people and rigs from shots were removed. A final grade was then added in Flame.” 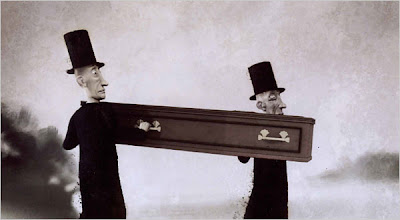 finally, the trailer for the first personal film they've made since "making it" -- although it was commissioned by BBC specifically for The Animation Show. "This Way Up" was available through iTunes for free for a while, but no longer -- you are certainly welcome to purchase it through Shorts International for a very reasonable price however.