What is the Secret of Monkey Island, Alex? 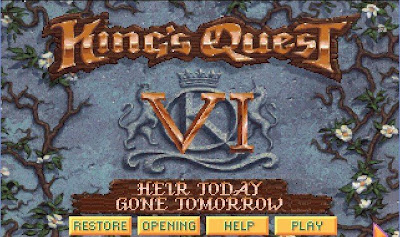 i've recently found myself discovering computer adventure games from the late 80s and 90s that i'd either forgotten or never knew about. there's a structure of thought in regards to what kind of an adventure gamer you are -- you're either a Sierra man or a LucasArts man (or woman of course). Sierra was often characterized by well-written stories, erudite dialogue, and, most importantly, a god-awful need to present death to the user at every corner. they're notorious for the ease in which you can enter a dead end and die. the puzzles, as well, are usually pretty difficult -- and many are copy-protected by vital information being included in the manuals.

LucasArts games, on the other hand, were characterized by off-the-wall scenarios, characters, and humor -- their primary purpose was for the user to have some fun and maybe solve some deceptively simply puzzles. they often used item based events, as most adventure games do, but LucasArts in particular depended rather heavily on them to move the game forward. some were more difficult than others, but to me, they were infinitely more playable (and replayable for that matter). possibly my favorite computer game of all time, certainly at least my favorite adventure game, is The Secret of Monkey Island, represented here on some Converse sneakers by a fanatic follower of the series from Madrid: 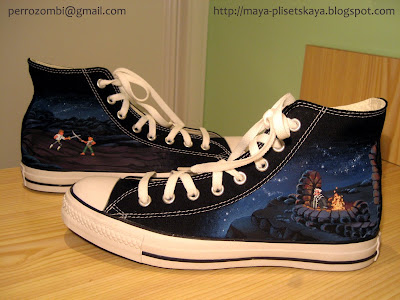 until recently, i had never been able to get my hands on a copy of Monkey Island 2: LeChuck's Revenge -- its one hell of a game. what it lacks in the originality of the first game in the series, it makes up for in some pretty out-there humor including the infamous ending, which i adore. adventure games seem to be chock full of some great art and this is no exception. pixels were never rendered so well in 1991. here's the amazing cover done by Steve Purcell (creator of Sam & Max: Freelance Police): 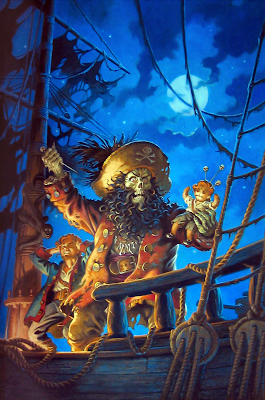 it routinely shows up on top 100 pc games of all time lists and for good reason -- its of one the best examples of its genre. if The Secret of Monkey Island is Ron Gilbert's Star Wars, then LeChuck's Revenge is his Empire Strikes Back. the opening, while short on the animation -- and its got no voices, like the entire game -- is charming and shows just how many people had to work to get an adventure game like this finished and out there.

on a completely unrelated note, Sundance just opened with a claymation feature film by Adam Elliot, the guy who made Harvie Krumpet back in 2003. to my mind, this looks a little bit more suited to the medium than say $9.99.