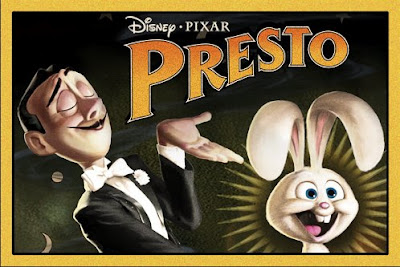 its been pointed out that i didn't cover ALL of the films nominated for the Best Short Animation Oscar -- i forgot about Presto! and since its online (of which only three are), i should at least touch on it briefly. Doug Sweetland, the director of Presto, has been an animator on Pixar's feature films from the very beginning -- from Toy Story to Cars -- he's done some very recognizable work on those: Woody walking out of the box from Toy Story, Sully fainting three times in Monsters Inc., Syndrome laughing at Mr. Incredible and saying "You sir truly are Mr. Incredible. I idolized you!" in The Incredibles. 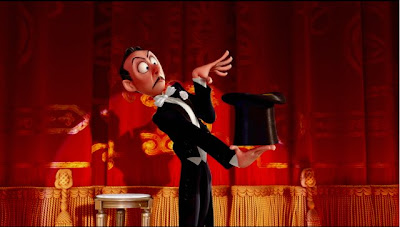 as most everyone has suspected -- Doug was very influenced by Tex Avery's work and his kinetic style of animation and gag humor -- all showcased in Presto. in an audio interview with Spline Doctors, he guesstimates that he was the 12th animator hired on Toy Story, by the recommendation and support of Pete Docter (later director of Monsters Inc. and the upcoming Up) after coming out of CalArts. if you're an animation buff, be sure to check out the interview -- he's a very down-to-earth but excitable animator. 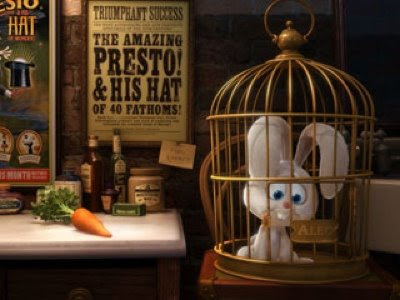 i enjoyed Presto quite a bit -- its got an amazing sense of timing. there's never a false note. that said, its a lovable homage to the films of Tex Avery. its a formula extremely well done, but its not necessarily new. of course, what's original today, but what i'd really love to see from Doug is a great story for a feature film with his off-the-wall crazy animation style. we haven't really seen a feature from Pixar like that before -- though parts of Monsters Inc. comes close. i certainly look forward to what's going on with him in the future -- he's a talent to watch. without further adieu, Doug Sweetland's Presto.